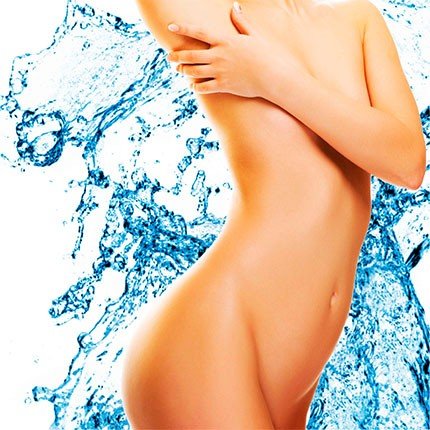 You pay close attention to a healthy lifestyle by exercising regularly and eating a well-balanced diet, yet that one pad of fat that troubles you most will not disappear.

The cause for this lies within our genetics and the special structure of our fat cells in certain areas. The human body naturally stores fat in order to supply energy in times of restraint. Fat cells located in the subcutaneous fat tissue are difficult to diminish, as only their contents and overall volume can be altered, but not the fat cells themselves. These particular fat cells cannot be reduced and continuously serve as a reliable depot for the body to store fat.

AQYALYX  is a water solution that is injected into stubborn fat areas around the body. It contains plant polymers, which binds with the cell walls of the fat tissue before rupturing and releasing the fat to be dissolved.

How does AQUALYX work?

The treatment with AQUALYX is performed in combination with external ultrasound. The liquid substance supports and enhances the fat-dissolving effect by the process of cavitational adipocytolysis.

On consultation Dr. Comins will advise whether AQUALYX is right for you and then book you in for subsequent treatment. AQUALYX is usually treated in three sessions, one month apart and prices start at £100.

To book your consultation with Dr Comins for AQUALYX please call Hans Place Practice on 0207 584 142.