Welcome To The Third Age: When Successful Ageing Doesn’t Mean Slowing Down 06/02/2020 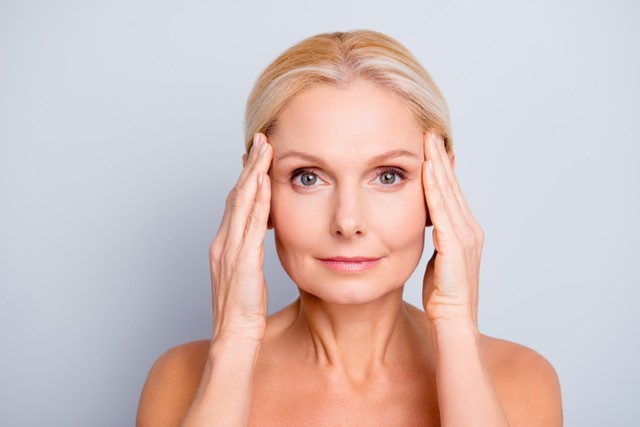 In the past, it was commonplace for both men and women to lie about their age and try to alter their appearance and style to look younger. The famous ‘Hollywood ageism’ has meant many actors have had to pretend to be younger. Furthermore, if they were honest about their age, they ended up being overlooked for roles or replaced by someone younger.

However, as we enter a new era in social culture, age is now something to be proud of. Instead of people looking good ‘for their age’, people are simply commenting on how good they look.

From Tom Cruise to Jennifer Lopez, Elle Macpherson to George Clooney, Elizabeth Hurley and Jennifer Aniston to Brad Pitt, there are countless celebrities over the age of 50 who are still the style and aesthetic icons. Despite their age, many individuals still aspire to look like them or follow their advice for successful ageing. So, what is their secret of successful ageing and is the Third Age the new way to combat ageism?

What Is The Third Age?

Traditionally, the Third Age is considered for those between 50 – 79 years old. In the UK, it is the Third Agers that are the wealthiest of all generations. In fact, in the UK the over 50’s own over 80% of the total nation’s wealth. It is an age where people enjoy the first years of retirement and can enjoy their health, vigour, positive attitude, hobbies, interests and pursue life goals before entering the Fourth Age which can see a decline in mental and physical function.

Paradoxically, the Third Age is an almost ageless generation. There are Third Agers who may be parents of young children, newlyweds, marathon runners, students, CEOs or travellers. With longer life expectancy and better health systems, the Third Age is an age where you can now do almost anything, without being defined or categorised by ageism. As the Chief Executive of Saga says; “Fifty is the new thirty”.

With this new vision of the Third Age, there has been a significant socio-political shift in the ways positive ageing is represented. This is particularly true of consumer societies who are realising, with their economic and political power, Third Agers are the most lucrative to target for almost every industry.

In terms of an aspirational identity for Third Agers, there are typically four aspects to cover, which are;

So, how can people make sure they protect these four aspects and achieve successful ageing?

It is clear to see that age-related milestones have gone. Retirement age can cover a wealth of decades with some people retiring in their 30s while some are still happy to work in their 90s. As mentioned earlier, many celebrities are still working hard in an industry where ageism often cuts success short. For example, The Rolling Stones are all over 70 and still completing worldwide tours, and Madonna is 61 years old and still performing intense stadium concerts.

So, for those in the age that don’t want to slow down, it is important that their aesthetics match up with their youthful, energetic vigour. What’s more, their aesthetics must celebrate successful ageing without looking overworked or deliberately younger.

How To Age Successfully

Successful ageing requires a multi-pronged approach. So, by following these aspects, you can make sure your aesthetics match up with how good you feel.

For a start, a healthy diet is essential for not only improving your internal health but help you to glow on the outside too. For example, walnuts are excellent for enhancing the production of collagen in the body, which can help to improve skin elasticity. Olive oil is another food to eat for skin health as the polyphenols can help to reduce the damage caused by free radicals. Reducing refined carbohydrates such as white bread and sugary cereals can also help to inflammation which can appear on the skin.

Ensuring a healthy diet with plenty of fresh fruit, vegetables and healthy fats can help to promote successful ageing and reduce the onset of chronic disease.

Lifestyle modifications such as not smoking and reducing alcohol consumption can also help to contribute to successful ageing and maintaining a youthful appearance. A recent study into brain ageing has found that just one gram of alcohol can age the brain by 11 days. Similarly smoking one packet of cigarette can age the brain by 11 days. So, if you want to stay youthful both inside and out, making healthy lifestyle modifications can help.

While all forms of exercise are good for successful ageing, studies have found that endurance exercises such as swimming or cycling and high-intensity workouts can help to slow down the signs of ageing. Exercise is essential for preserving muscle tone, reducing ageing of the cells and protecting your brain.

Focusing on strength and cardiovascular workouts are considered ideal for successful ageing.

As well as nutrition and exercise, engaging in meditation and mindfulness practices have also shown to keep people feeling younger. Meditation, yoga and mindfulness all help to reduce stress which is a significant ageing catalyst. By spending just 10 minutes a day can reduce cognitive stress which, in turn, improves telomere maintenance at cellular level, helping to reduce the speed of cellular ageing.

Those who are admired for successful ageing are typically those who have maintained their natural looks. Cosmetic surgery, when done well and by experts who understand the ageing process, can subtly enhance the natural aesthetic appearance while making it look like no work has been done.

From treatments that help to enhance collagen production to subtle Botox and dermal fillers that can subtly reduce wrinkles and improve facial volume, there are lots of effective treatments that can help individuals feel and look fantastic without anyone being able to tell!

In an age where you really can have it all, don’t let anything hold you back from looking good and feeling great!