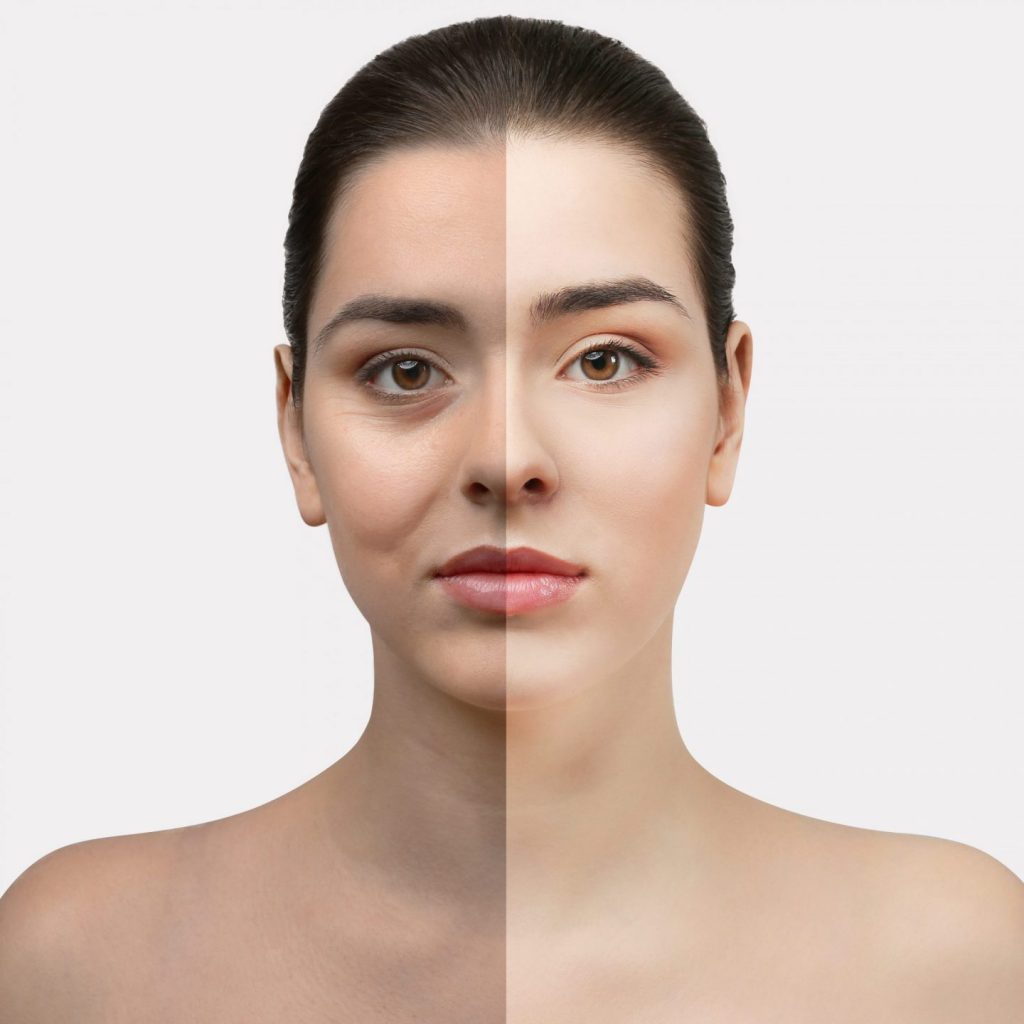 There is no such thing as a perfectly even skin tone, and everyone will have some variation across their face. However, some people can be affected by uneven skin tone more than others, and sometimes it can lead to lowered self-esteem and a drop in confidence. Uneven skin tone can present itself as blotchy patches […]

Fighting the effects of acne can be a real struggle for many. Even after finding a treatment to tackle the outbreaks, many acne sufferers are then left with acne scarring. The level of scarring depends on the severity and depth of the acne outbreaks, but any amount of scaring on the face can have a […]

Acne is a common skin complaint that can cause emotional distress, pain, discomfort and can significantly impact self-esteem. While it is more prevalent in teenagers, acne can affect people of all ages. Acne occurs when excess oil, bacteria, dirt and dead skin cells block skin pores, leading to spots, pimples, blackheads or whiteheads. If your […]

The area under the chin and around the neck is a common problem area for many individuals. It is prone to collecting excess fat and often results in fat under the chin, also referred to as a double chin. Fat under chin is something that thousands of men and women of all ages suffer from, […]

Men and women of all ages often suffer from stubborn areas of fat. These are fat pockets that don’t seem to reduce no matter how much exercise or dieting is done, and they can be extremely frustrating and demotivating. Many people find that stubborn fat often occurs on the abdomen and tummy fat is one […]

One common complaint of many men and women is bags under the eyes which can appear as puffy, dark areas below the eyes. Bags under eyes are often caused by tiredness and stress and can affect anyone no matter their age or skin condition. They are most common among older people and those with a […]

Loose skin can appear on almost any area of the body, and one place that it often causes self-confidence issues and frustration is the chest. Loose skin on the chest can be the result of many different things, including weight loss, ageing and sun damage. Anyone can experience loose skin on the chest, but it […]